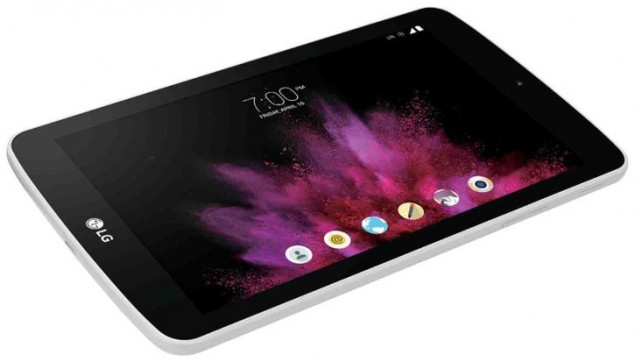 The US carrier Sprint is expanding its tablets’ range with the LG G Pad F 7.0. The mid-ranged slate will be officially released by the company on 13th of March. Sprint’s subscribers have the option to get the tablet for $0 down payment along with a commitment with the mobile operator for two years. In order to take advantage from the offer, you need to have an active smartphone plan and get a data plant on the tablet. Another option for buying the G Pad F 7.0 is with Sprint Easy Pay. It will cost you $0 and $10 monthly payments for 24 months.

The new tablet of LG is armored with a 7-inch screen, 800 x 1280 pixels. The device is outfitted with a quad-core CPU ticking at 1.2GHz and Qualcomm Snapdragon 410 chipset included in the configuration. The software that operated on the tablet out-of-the-box is Android 5.0 Lollipop. It boasts 8GB native memory and 1GB RAM. The native memory of the slate is expandable via slot for microSD cards.

LG G Pad F 7.0 is outfitted with a 5MP snapper set on the back plate and a 1.2MP camera on the front. It comes with a 4000mAh cell. The LG G Pad F 7.0 supports 4G LTE connectivity. It will be offered in black and white. The white G Pad F 7.0 will be released on 13th of March while its sibling in black is landing on Sprint’s shelves on 10th of April.