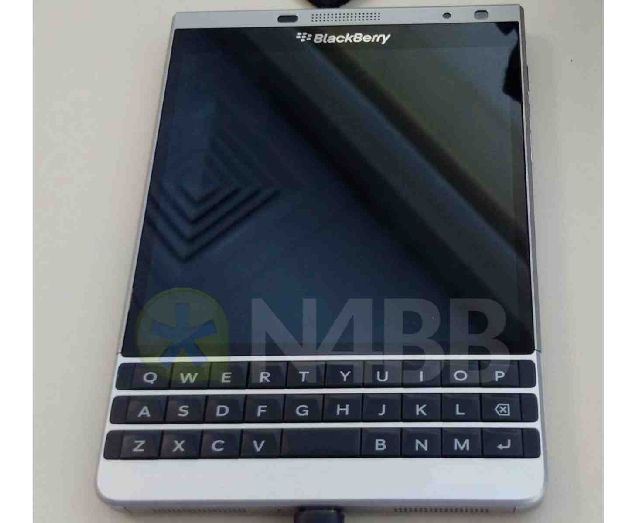 A new unannounced BlackBerry-branded smartphone with the codename Oslo has been appearing in leaks and rumors in the past weeks. The available information about the device is not a lot. One of the most recent leaks for the model revealed alleged photos of BlackBerry Oslo.

The design of the device boasts round corners with silver edge on the front panel. The first rumors for the upcoming smartphone suggested that it is the successor of the BlackBerry Passport. However the leaked photos and the latest information that surfaces on the web about Oslo make a hint that it might be the new generation from the premium like BlackBerry Porsche Design. The Canadian manufacturer revealed at MWC 2015 in Barcelona that the forth member of Porsche Design series will be named “Keian.” Fellows from BerryReview quote sources that confirm that Oslo and Keian are the same device.

The resembling in the design of the smartphone captured in the leaked photos earlier are one of the clues that this rumor might turn out to be true. The photographed device was still a prototype, and perhaps this is why the logo of the Porsche Design line is not present. The specs of BlackBerry Oslo include a 4.5-inch square screen with a resolution of 1440 x 1440p. It works with Qualcomm Snapdragon 801 chip and 3GB RAM. The storage on board is 32GB. Oslo is powered by a 3450mAh cell. It features a 13MP rear camera. If rumors turn out to be true, the expected price of the upcoming member of the Porsche Design series is $1000 – $2000.