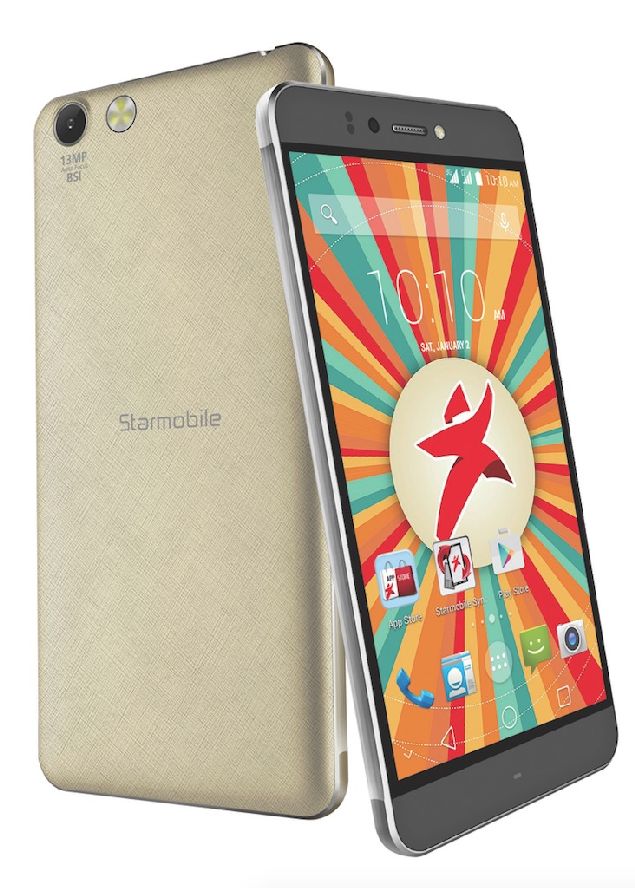 The Philippines-based manufacturer Starmobile has just presented a new smartphone in the country. The Starmobile UP Neo is a low-end device that is getting released in its home country for P 6490 (around $146) off-contract. The budget handset comes with a 5.3-inch IPS LCD screen with a resolution of 720p. The platform running on UP Neo is Android 4.4.4 KitKat. It works with octa-core processor 1.4GHz with MediaTek MT6592M chipset. The performance of the smartphone is achieved with the 1GB RAM as part of the hardware configuration.

On the back of the new entry-level device is integrated 13MP camera with BSI sensor and triple LED flash. This is the key feature and the advantage of the model compared to its rivals on the arena of mid-ranged Android-running phones.

“With three bulbs, the UP Neo provides unparalleled shooting capabilities in no-light environments”

The front-facing camera is equipped with single LED flash and boasts a resolution of 5MP, CMOS sensor. Starmobile UP Neo is provided with 16GB native memory and a slot for microSD cards that enabled expansion of the storage by default. The handset is powered by a 2500mAh cell.

The connectivity capabilities of the Starmobile UP Neo include Wi-Fi, Bluetooth, 3G and GPS. Perhaps you already guessed that it is a dual-SIM smartphone WCDMA/GSM. The available colors for the handset are gold and black. It measures 148 x 74 x 8.25mm and weighs 165 grams.