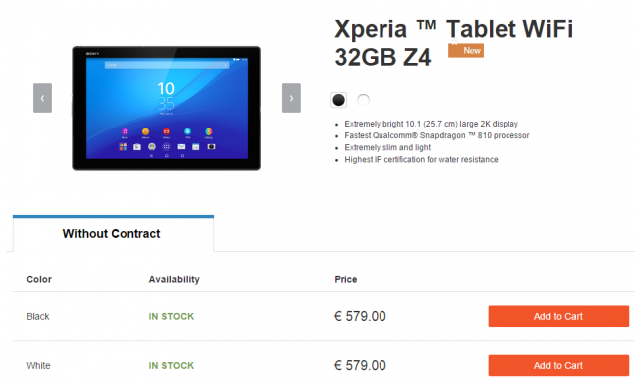 Sony Xperia Z4 Tablet was first launched in Hong Kong and now the high-end slate is reaching markets across Europe. Some of the countries where the tablet is getting launched are Germany, Poland, Italy, Holland, Spain, the UK and … Read more

Not long ago we shared the rumors for an upcoming high-end tablet from Sony to be unveiled at MWC 2015 in Barcelona. Just as expected, the company took the wraps off from its new full-sized 10.1-inched … Read more

New tablet is coming from Sony real soon. The name of the device Sony Xperia Z4 Tablet was spotted in the official Xperia Lounge app of Sony. The company took down the listing, but not before the … Read more

2015 begins in just few days from now. This is the perfect time to share the expectations for a new trend that we might see in the next year – the debut of the very large tablets. One of … Read more