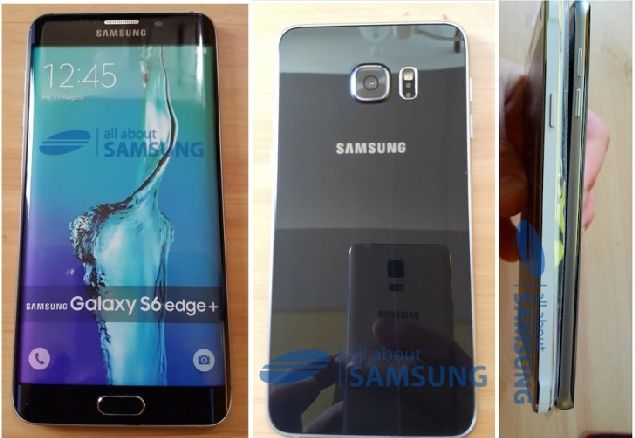 Rumors have it that the new high-end phablet of Samsung, Galaxy Note 5 is expected to enter the mobile arena next month. The even more exciting news is that the phablet won’t be alone. The rumored flagship Samsung Galaxy S6 edge Plus will accompany the Galaxy Note 5 on the arena of advanced flagships. We already shared alleged photos and specs of the unannounced member of the Galaxy Note line. Now is time to have a glimpse on the upcoming extraordinary flagship with curved edges. In terms of dimensions it seems that the new device will be slightly bigger than the original model.

The specs that are mentioned in rumors and leaks about the Galaxy S6 edge Plus suggest that it is a 5.7-incher with QHD screen. The phablet is powered by either Qualcomm Snapdragon 808 chip or Exynos 7422. It is outfitted with 16MP camera on the back. The face side hosts the 5MP snapper for video calls and selfies. As we shared few days ago, the rumored debut date for both upcoming smartphones is August 12. They are expected to get released around August 21. How do you like the appearance of the new curvy high-end Galaxy S6 edge Plus? Share with us your expectations and thoughts about it.