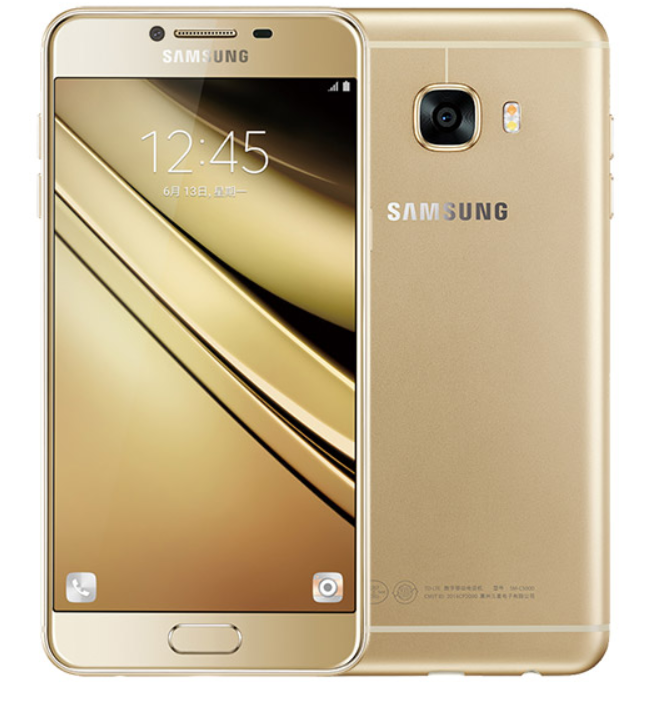 The Galaxy C5 is outfitted with a 5.2-inch Super AMOLED screen with a resolution of 1080p. It works with an octa-core processor with a Qualcomm Snapdragon 617 chipset coupled with 4GB RAM in the configuration. The software that runs on the Samsung Galaxy C5 is Android. In terms of storage, the handset is equipped with 32GB or 64GB out-of-the-box. A microSD slot is provided as well. On the back of the Galaxy C5 is included a 16MP main camera and a fingerprint reader. The secondary camera lies on the front panel and features an 8MP sensor. The connectivity capabilities of the handset include the ordinary features and support for NFC. The battery that is tucked under the hood of the smartphone is with a capacity of 2600mAh.

The second new device is Samsung Galaxy C7. It has a 5.7-inch screen Super AMOLED with a resolution of 1080p. The processor integrated in the device is octa-core with Qualcomm Snapdragon 625 chipset and 4GB RAM. It also has two options for storage – 32GB and 64GB and a slot for microSD cards. The battery of the Samsung Galaxy C7 is with a capacity of 3300mAh. The rest of the specs are the same as the capabilities of the Galaxy C5.

Samsung is releasing the new handsets in China at prices of: CNY 2199 (around $335) fort the Samsung Galaxy C5 unlocked, and CNY 2599 (around $396) for the Galaxy C7 off-contract. It is unknown if Samsung has any plans to bring the smartphones to more markets in future. Stay tuned.