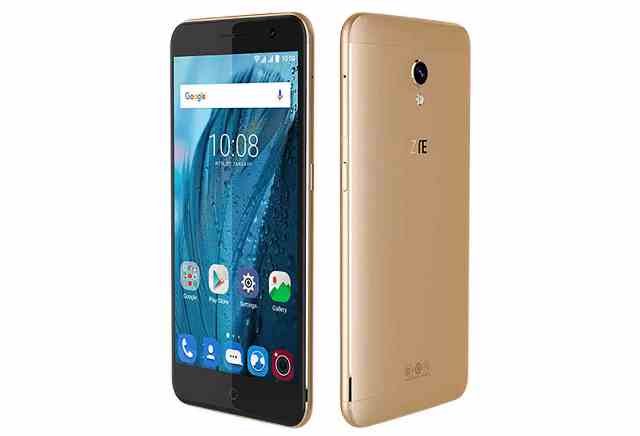 ZTE added two new smartphones to its family, presented at MWC 2016 in Barcelona. ZTE Blade V7 and ZTE Blade V7 Lite sport similar specs, with the Lite model being a bit more modest on specs compared to its sibling.

ZTE Blade V7 stands-out with an elegant body, made of metal. The screen-to-body ratio of the model is 78.2 percent. The diagonal of the display is 5.2-inches, and the resolution is 1080p. The Blade V7 sports a 2.5D curved edge glass for a more luxury appearance. In the gut of the phone is outfitted an octa-core processor.

The configuration includes also MediaTek MT6753 chip paired with 2GB RAM. In terms of internal memory, the mid-ranger is bringing 16GB on board. The new addition of ZTE is an Android device. It runs on 6.0 Marshmallow out-of-the-box. The cameras are among the most impressive features of the ZTE Blade V7. It has a 13MP camera sensor on the rear end with two-tone flash and the impressive speed for focus of 0.3 seconds. The secondary camera is a 5MP sensor. Blade V7 is armed with a 2500mAh battery. Needless to say, it is LTE-enabled.

It terms of release date, the ZTE Blade V7 will go for sell by summer in Europe, South Africa and Mexico. The Blade V7 Lite will be available for purchase even sooner. It is purposed for Mexico, Spain, Germany, Russia and Thailand.